With Your Heart On Your Sleeve

Title: With Your Heart on Your Sleeve
Author: Keira Marcos
Fandom/Genre: Avengers, Captain America, Iron Man
Relationship(s): Tony/Steve, Pepper/Phil
Content Rating: NC-17
Warnings: Violence, explicit sex
Summary: A soulmate was the last thing Tony wanted and when the fall of Thor’s Hammer woke ancient and long dormant soulmate magic on Earth, he did what any rational man would do. He broke up with his girlfriend, started wearing long sleeves, bought ten pairs of really nice gloves, and refused every single opportunity to meet, greet, touch, or fuck every single person on Earth. He’s fine with his hand, thank you very much.

The day after the Battle of New York, Tony wakes up with a soulmate mark. He hates everyone but fuck S.H.I.E.L.D and any plans they might have about keeping his soulmate. 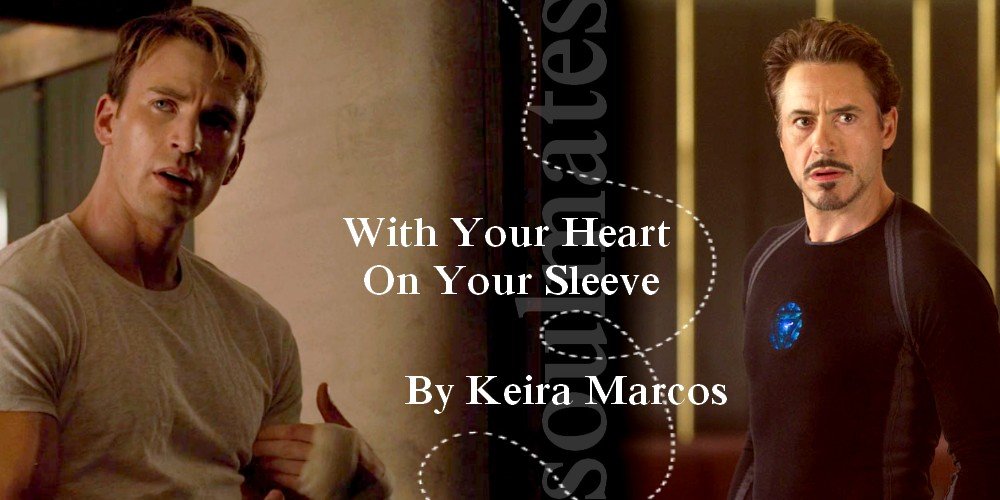 This is my project for National Novel Writing Month. It is a rough draft. You have to be a member of Rough Trade before you can read or comment. Read the feedback rules before commenting. Seriously.