Birth of the Serpent King 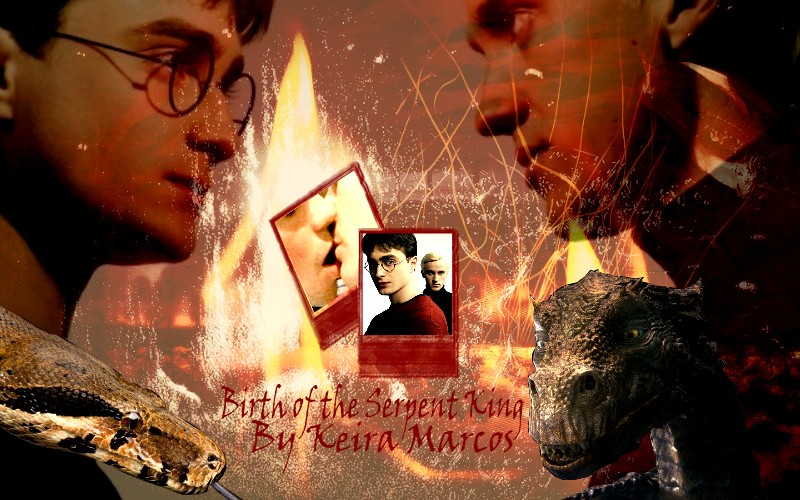 Title:Birth of the Serpent King
Author: Keira Marcos
Cover Art: Fanarts_Series
Fandom: Harry Potter
Pairing: Harry/Draco
Genre: Romance, Alternate Universe
Rating: R (sexual situations and violence)
Word Count: 105,062
Betas: Chris King & Ladyholder (all remaining mistakes are the author’s fault)
Warnings: Written by an American author who attempted to use every cliché she could think of, habitual abuse of canon characterizations and events AND under aged consensual sexual contact.
Disclaimer: Not mine. Entertainment purposes only. No infringement intended. If I owned Harry Potter—I’d live in a castle in Scotland with several beautiful younger men to cater to my every wish.
Author’s Note: My thanks to the HP Fandom for entertaining me thoroughly while I was broken and laid up wishing death and mayhem on my neighbors.

Summary: What if Lucius Malfoy had interfered and saved Harry Potter’s life during the third task? The Harry that returns to Hogwarts after the resurrection of Voldemort has been tempered by fire, the Potter Family legacy, and a relationship he couldn’t have ever expected. In the wake of his father’s redemption—Draco Malfoy finds everything he could have ever wanted in the man that was once his enemy.