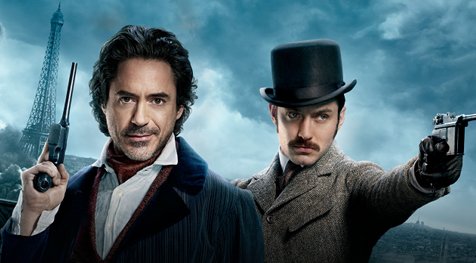 John knew the day he met Sherlock Holmes—an introduction by a mutual friend who later apologized multiple times—that he’d met the person he’d spend the rest of his life with. The consulting detective had looked at Watson and seen his past. John had looked at Holmes and he’d seen his future—in gritty, glorious, painful detail riddled with loss and punctuated with more loyalty than he’d ever had the privilege of earning.

John knew that Sherlock Holmes would never touch him the way he wanted to be touched. So, he settled. He chased women, merrily he might even say, about town until he found one with spirit and compassion and who put up with Holmes. To say that took work was an understatement but Mary… accepted Sherlock for what he was and what he would never be. She didn’t much like him but over the months she learned to tolerate him, perhaps even like him though John thought he might have to threaten her with torture to get her to admit it.

John knew that Sherlock was in love with him. He felt the devotion and the affection of the man’s fierce love all the way down to the bottoms of his feet the day he took his hand and led him quietly into the church where Mary waited in a beautiful white dress. It had always been there—lingering in his complaints about John’s gambling and his womanizing.

Holmes was a passionate man—with immense appetites for knowledge, for danger, for that dreaded 7% solution, and even the occasional woman when it suited his purpose. But the love he gave John was chaste—perfect and brimming with a ridiculous amount of self-sacrifice and selfishness. As he left the church with Mary that day, John Watson allowed himself a few precious agonizing seconds to hate Sherlock Holmes.

John knew that Sherlock was brilliant. He knew the world’s only consulting detective was brave. And despite his habit of bare knuckle brawling and indulging in cocaine—he’d never once thought that the son of a bitch was suicidal. Whatever had driven Sherlock Holmes onto that train in London then all the way to Switzerland to play Moriarty’s greedy little game drove the man to make the ultimate play to win.

John knew, deep down where his misery pooled deep as the ocean that Sherlock Holmes had died to protect him. He’d killed James Moriarty to save John Watson’s life. How the most brilliant man he’d ever known could think that Watson would want a life without him—John didn’t know.

Then a small part of John knew that Sherlock Holmes was no more dead than he himself was. He knew because on that first day—the day they met he saw his future sprawled out in all of its ugly glory with Sherlock Holmes. John lived and therefore Sherlock had no choice but to live as well. They were… connected.

There were clues. Obvious, insulting clues that told him that Sherlock was alive and that he was back in London. He whispered not a word of it to anyone—not his wife, not Mycroft Holmes who would appear periodically in John’s life as if he were keeping a watch on Sherlock’s doctor. Then Mary fell ill and what was left of John’s small, comfortable world crumbled.

The little things intensified—tea would appear on the bedside table where he sat in vigil with Mary as she slowly faded from life. His favorite blanket would be draped over him when he knew it had been left at Baker Street so long ago. Guilt would settle deep on him—as he reveled in the distinct smell of Sherlock Holmes clinging to the blanket. He felt like a monster. He held her hand all the more tightly for it.

He buried his wife on a cool September morning surrounded by those who would assume they were his closest friends and her family. John had no family to speak of but he mustered through the day and hadn’t been at all surprised when Mycroft Holmes had appeared at his side early on and lingered there the rest of the day—moving people away when they pressed down on John too much.

Mycroft’s people lingered, prodded, and at times outright bullied people to keep John focused and above all else in control of himself. John allowed himself a full bloody hour to hate Mycroft Holmes—it seemed appropriate since Sherlock wasn’t there to do it for himself.

Sherlock Holmes returned to John on an ordinary day, bursting into his surgery with the energy of five over indulged children and alight with righteous interest and utterly fascinated with himself. John punched him in the face. It was easily the third most satisfying moment of his life—the first being so classified even he can’t think about it and the second being that sweet moment when he had lifted Mary’s veil in that beautiful church and she’d smiled so prettily at him. Relieved, obviously to see him where he was supposed to be rather than in a prison with Holmes he was sure.

He kicked the world’s only consulting detective right out of his house. Fourth most satisfying moment of his life completely and utterly accomplished. Five hours later he and Gladstone are huffing it up the stairs of Baker Street all the while Mrs. Hudson is downstairs pretending like she isn’t thrilled that Holmes has returned. The single biggest clue in the whole mess, of course, had been the fact that the woman never rented out 221B. Some of the more morbid people about town thought the dotty old woman had made a memorial for Holmes but John had known that Mycroft Holmes had never stopped paying his younger brother’s rent from the family Trust.

Sherlock was sprawled recklessly on a sofa, no cocaine in sight to John’s relief. He poked the man with his cane and winced at the bruise blossoming on his left cheek.

“Ah, my dear Watson, you have come to visit me.”

“Yes, well, it seemed the thing to do since you’ve returned from the dead and all.” John poked him again just for the sheer hell of it.

Sherlock rolled to his feet and stared him for a long, silent moment. “I missed you,” he declares as if he’s just announced the current weather.

It might rain. It’s dreadfully hot. I missed you. John wanted to punch him again. He seriously considers it—he figured he might even owe it to his country and his Queen to knock Sherlock bloody Holmes completely unconscious for the rest of the day. He balled up his fist to do it.

Except, Holmes did something John never expected him to do.

John never knew the taste of Sherlock’s mouth on his. He never expected to learn the feel of his hands on him—guided by passion than by mere friendly concern. He never expected to be prodded out of his own clothes then onto the cool, crisp sheets of Holmes’ bed. He thought he’d never know the way Sherlock’s body yielded—slick and hot around his cock as they rocked together both overcome with lust and stupidity.

Seconds, minutes, hours… later John lay on his back staring at the ceiling and Sherlock reached out and touched his face so gently, carefully as if he pressed too hard on him he might burst into a million pieces.

“Oh, I’ve always known that.” John turned slightly and looked at his startled friend. “I just didn’t suppose you’d ever admit it.”

Sherlock huffed. “You didn’t know. How could you know when I didn’t?”

“Because you are a fool and I am a coward.”

The frown he earned for that particular statement was one that usually led to a fist fight. Watson tensed briefly but then relaxed when Holmes just fell back on the bed and pouted. “You didn’t say it back.”

“Haven’t you deduced it?”

“Is this revenge for pretending to be dead?” Holmes demanded. “I gave you clues, John. I gave you hundreds of bloody clues! If you didn’t know I was alive I think I’ll just take my feelings back!”

John laughed and sighed. “I knew, of course I knew you were bloody alive. You might as well have taken out an advertisement in the paper. You know better than to go anywhere I can’t follow.” He snagged Sherlock’s hand and curled their fingers together. “I do love you—you’ve ruined me for a normal life. We’ll probably end up in prison.”

Sherlock grinned. “Together then?”

“To the bloody end,” John agreed.

John knew the day he met Sherlock Holmes that he’d met the love of his life.

The game is afoot…