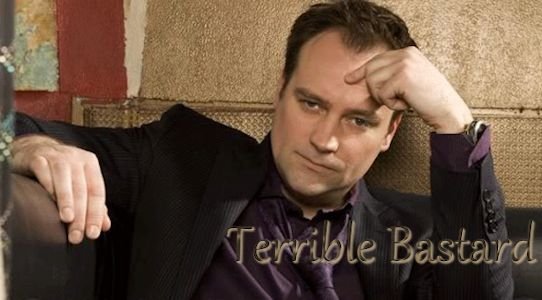 The six months Atlantis spent on Earth had been good for the city and for the people who made their home on the ancient facility. Rodney was especially proud of how well they’d used the resources Earth had to offer to make Atlantis self-sufficient for the first time in over ten thousand years. They were growing their own food, and he’d resurfaced a large portion of the city with solar cells for energy collection. It worked well on Earth, and it would be life changing on Lantea.

Rodney signed off on the last supply list he’d have to submit before they left Earth and took a deep breath as he checked his watch. He was due to meet John for dinner since Jennifer was in Iowa visiting her father. The cell phone he’d been issued by the SGC went off, and Rodney grimaced. He hated it and couldn’t wait to get rid of it. Reluctantly, he picked it up. At least it was Jennifer and not some idiot at the SGC.

“Hey back,” Jennifer said cheerfully. “I wish you were here. Dad and I are going to the movies.”

“Sounds like fun,” Rodney said with a frown. He sort of hated her father but he was trying really hard to keep that to himself. Of course, the old bastard didn’t like Rodney either, but that didn’t appear to phase Jennifer at all. “I’m about to meet John for dinner—I haven’t figured out which movie to bring. What do you think?”

“The whole team, right? Something fun maybe? Or a disaster film. Ronon likes those, and Teyla loved Deep Impact. She said it spoke to her about the human spirit.”

“No, just John,” Rodney corrected. “Teyla is in Colorado and Ronon is off-world with SG1 kicking someone’s ass. He and Teal’c have apparently become blood-brothers or warrior brothers or….something. It was confusing. They’ve got matching tattoos.”

“Just Colonel Sheppard,” Jennifer said. “I…are you sure that you should be having dinner with just him?”

Rodney closed his laptop and frowned. “What does that mean?”

“I mean…well.” She huffed. “He’s gay, Rodney. People might think you’re on a date with him. I have to put with enough gossip as it is!”

“Gossip? What gossip? Why shouldn’t I hang out with my best friend? I don’t care if he’s gay,” Rodney said with a frown.

Though it had been quite a day when Sheppard had come out—during his own promotion ceremony on national television. Declassification had been required after Atlantis landed and it was discovered that several wraith had made it to Earth during the incident. They’d spent weeks hunting them and confiscating darts from various private citizens. Nearly twenty had been shot down by civilians in Colorado and Nevada which hadn’t surprised Rodney at all.

“A lot of people think that you and Sheppard are sleeping together. I’ll be really glad when Atlantis leaves!” She huffed. “And we can get on with our lives.”

Rodney sat down abruptly. “Get on with our lives on Earth, you mean.”

“Jennifer.” He took a deep breath. “I’m not staying on Earth. I thought you understood…Atlantis is my home. I’m going back to Pegasus. I’ve already started discussing new contract terms with the IOA.”

“But…” She trailed off and fell silent.

He listened to her breathe and wondered what she was thinking. Rodney had never been a good at figuring what women wanted or what they thought. He’d thought that Jennifer was pretty straight forward but that hadn’t been the case if she’d been fending off rumors about Sheppard. “Why didn’t you tell me that people thought I was sleeping with John?”

“Because it doesn’t matter. So what if Sheppard is bending over for you? You need to get that out of your system before we get married.”

Rodney leaned forward a bit and propped one elbow on his desk as he rubbed his face. “You think I have so little personal integrity that I would cheat on you, and you don’t care?” He slouched back in his chair. “So it’s the money then? I wondered—really—what I had going for me that would keep you interested. We don’t have the same interests, and you spend most of your time correcting my behavior like I’m a toddler instead of a grown man but I was overlooking it because I was getting laid.” He stood and started to pace.

“For the record, I never once said the word marriage in your general vicinity because I have no intention of asking you to marry me. I’m never going to live on Earth permanently—it sucks here, and it’s only gotten worse since declassification. I have an opportunity, for the first time in over a decade, to do the kind of research that will earn me a Nobel and you thought I was going…to what? Quit the program, move to fucking Iowa, and teach physics to a bunch of idiots who are drinking their way through undergrad?” He sighed because she’d started crying sometime during this monolog and that was irritating. “Don’t try to manipulate me with tears, Jennifer.”

“I was brain damaged the first time,” McKay retorted.

“But you said it again…”

“You were blowing me,” Rodney sniped. “But it doesn’t matter since you think I’m an unfaithful asshole who needs to be house broken.” He closed his eyes and listened to her cry for a few moments. “I can’t do this. If you’re not signing a new contract, let Woolsey know, and he’ll have your quarters packed up. Don’t bother calling me anymore—we’re done.” He paused. “And for the record, when I sleep with men I prefer to bottom, so I doubt really fucking seriously I’d be interested in having Sheppard bend over for me. The man’s hung like a horse.” He hung up at her startled scream and tossed the cell phone on his desk.

“I don’t appreciate being objectified in the middle of your break up fight with your current Barbie,” John said dryly from the entry of Rodney’s personal lab.

“Yeah, I mean…” John shrugged. “But people have always thought that. Landry tried to file charges against me before the rules changed because Caldwell told him that I was gay and more specifically that I was gay for you. O’Neill had to intervene.” Sheppard leaned against the doorframe. “I thought you knew.”

John shrugged. “I figured the rumors stopped when you started dating Keller. I mean they stopped with Katie, but then Katie Brown actually liked you instead of your earning potential.”

“Well, you’ve always been the most comfortable around your own kind,” John said with a smirk. “Let’s get some sandwiches, and I’ll tell you all about the single best rumor ever told about you and me. It involves Jumper One.”

McKay snorted and walked over to where John was—leaving the stupid cell phone behind. “Of course it does. Who was on top?”

“We took turns, apparently, for hours.”

“Don’t these assholes know that we’re over forty?” McKay demanded as John wrapped an arm around his shoulders. “I haven’t fucked for hours since I was twenty.”

“Don’t ruin Miko’s fantasies, McKay, she builds bombs as a hobby,” John admonished and led him out of the lab. “Wait until she finds out you prefer to be the bottom. She’s going to be so excited.”

John laughed. “I hate you back, buddy.”